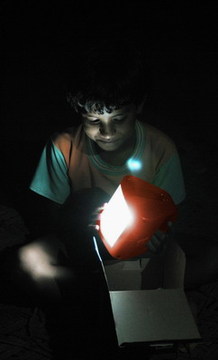 For families with no or limited access to electricity, switching from kerosene lanterns to solar-powered LED lights dramatically improves their quality of life. We at d.light have seen this over and over again as we’ve talked with customers in the field; a recent study, conducted in partnership with the Lighting Asia/India Program of the International Finance Corporation (IFC), quantifies this social impact.

People were interviewed three months after their purchase, and again six months later. The customers were spread across four districts in the state of Uttar Pradesh: Basti, Gorakhpur, Kushinagar, and Maharajganj. Many of the wage earners were farmers or laborers who earned less than $75 per month, putting them significantly below the poverty line.

Only 51 percent of the customers had access to grid electricity at the time of purchase; however, these households still experienced power outages of an average of fourteen hours per day. Of those surveyed, 95 percent relied on kerosene for their lighting needs.

After nine months of using the d.light S300, the energy access and the bright, reliable lighting it provided became central to these households’ daily lives. Both the adults and the children reported greater productivity and mobility as a result. Specifically, the survey found that: 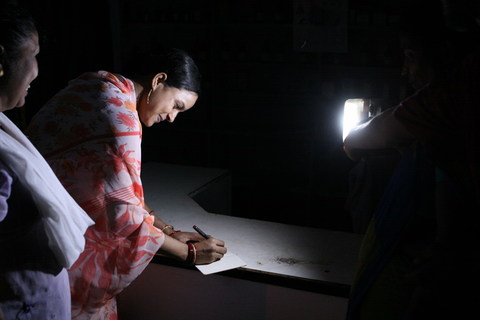 At d.light, we have been committed to serving off-grid families in the developing world for a decade, applying the best design principles to the development of our products. With financing assistance, even extremely low income households can afford to transform their lives through solar power. We celebrate each family that has placed their trust in our products and experienced positive, empowering changes in their daily lives.

Perhaps most significant of all, the S300 was just as useful and impactful for families that had access to an unreliable electrical grid as for those families with no electricity access at all.